Popular Disc Jockey, Ecool has reacted to the backlash he received from Davido’s fans who accused him of almost ruining Davido’s show.
According to fans, DJ ECool ruined the show by playing Burna Boy’s 2019 Hit song “Killin Dem” during Zlatan’s Legwork performance. Although DJ Ecool switched the song after he realised what he had done, Nigerians already began dragging him on Twitter.

They even dragged his career and recounted several occasions when DJ Ecool has messed with Davido’s performances.

When the backlash became too hot to bear, DJ Ecool took to Twitter to defend his actions and career, According to him, Zlatan asked him to play Burna Boy’s song during his performance for only 10 seconds. 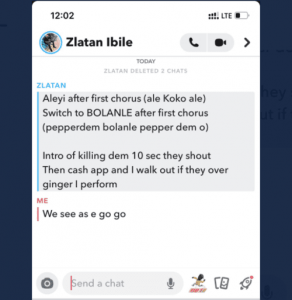 He revealed that Nigerians are dragging him for following Zlatan’s instructions. When his fans began fighting his battle for him, he told them to leave certain Nigerians to their ignorance.

The Greatest Of All Time! Fans React To Davido’s ’02 Arena Concert’ Performance