Angel Smith, a former Big Brother Naija ‘Shine Ya Eye’ housemate, was ridiculed on social media after flaunting wads of cash she received at a nightclub.
Angel’s controversial lifestyle and frequent public displays of her body have long sparked debate online, with many internet users labelling her a “runs girl.”

Angel boasted on her Instagram story about the money she received as a result of her beauty from a clubgoer, a pleasant gesture she called as pretty privilege.

She wrote:
Pretty privilege cause someone gave me this at the club because I’m a fine girl”.
See post below : 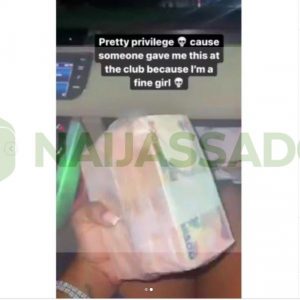 MUSIC LOVERS!! Which Top Nigerian Artist Has Three Studio Albums And One EP? (90% Will Get This Wrong)

Burna Boy’s New Song “Last Last” Is Trending On All Social Media Including TikTok – Davido’s “Stand Strong” Is Trending Where? 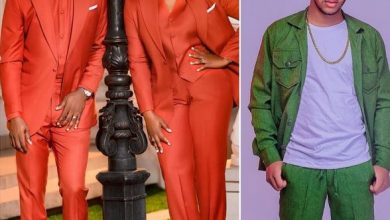 “JJC Skillz & Funke Cheated On Each Other, They Don’t Sleep In Same Room” – JJC Son, Benito 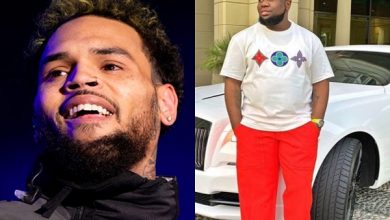 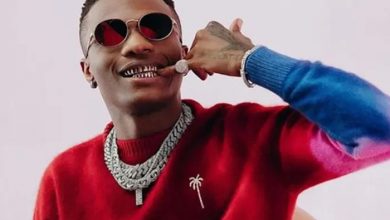 LET’S BE HONEST!! Apart From “She Tell Me Say” What Else Do Wizkid Sing About?